This is a little Honda 2 Stroke from the mid 1980’s.  She is a Honda NS125F in Rothmans colours but sadly in need of an awful lot of TLC.  I started to strip the NS down in late September 2012 and have posted pictures in chronological order of how she looked when I first got her / during the strip down phase / the various components pre restoration/ post restoration / and finally the bike under re-assembly… and today (2nd Jan 2013) complete !

The key consideration for me in starting this project was that the bike was complete and original.  The engine turned over fine but I decided not to start it until I had stripped it for inspection as I didn’t know the state of the oil / coolant / etc.  During the resto I often wished I had tested the engine and gearbox first to make sure it was OK but was very relieved when I finally put it back in the frame and it started 3rd kick and ran perfectly.

Although the bike was complete, as you can see from the photo’s it was in a pretty poor state and I’ve had to spend a lot of time and effort restoring every component.

The major items including the purchase of replacement parts :- 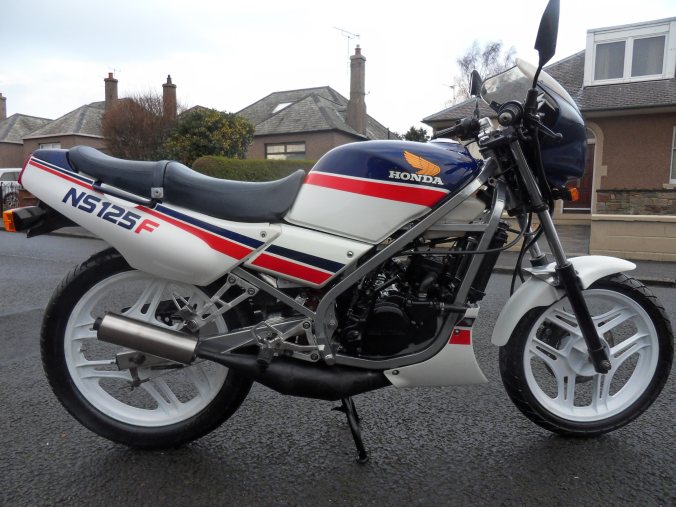